Blog
You are here: Home1 / Blog

Dunn Law Firm has always taken great pride in a personalized approach to its clientele. Senior Immigration Partner, Thomas J. Arkell, possesses a deep understanding of the permanent U.S. resident and citizenship processes, having gone through both himself. He also understands the human element of the visa process and knows first-hand the importance of efficiency in completing the NIW application, both for peace of mind and so his clients can receive their approval that much more quickly.

We have always felt that our website should reflect this understanding and Mr. Arkell’s approach. Every element should be conceived and executed with the needs of the client front-and-center. That is why we are pleased to announce that we have just completed a major redesign of the site.

Aimed at improving navigability and making information related to the National Interest Waiver easier to locate, our redesign significantly changes the look and feel of NationalInterestWaivers.com. From the beginning, our goal was to make things more welcoming and more user-friendly. That’s why one of the biggest changes involved streamlining how we present information.

On our homepage, details about pricing, approval rate, and our money-back guarantee are now positioned front-and-center. It’s also much easier to request a free consultation with Mr. Arkell, and our updated payment plans are organized so they are simpler to understand. We have also significantly expanded our section on client testimonials and added a great deal more content to our approvals page.

Together, these changes make it easier to understand what we have done for our past clients, and what we can do for prospective ones. They also allow applicants to form a more comprehensive understanding of what’s necessary to qualify for a National Interest Waiver. And finally, they more definitively show what sets us apart from our competitors – our knowledge, expertise, and dedication to helping each and every one of our clients thrive. From the start, our commitment was and always will be to our clients. Mr. Arkell and his Immigration Team possess both the knowledge and the experience necessary to help people avoid the challenging, cumbersome labor certification process by successfully petitioning for a National Interest Waiver. The website redesign is just one more way for us to demonstrate our commitment – and one more way we can help some of the best and brightest enter a country where they can use their exceptional talents and truly excel. 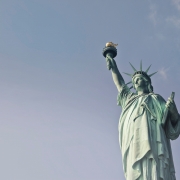 Thomas J. Arkell leads Dunn Law Firm’s immigration team. With over 20 years of immigration law experience, Mr. Arkell has helped hundreds of researchers, Ph.D. students, doctors, and scientists fulfill their dream of permanent residency in the United States. Mr. Arkell, who himself came to the U.S. as an international student before gaining permanent residency and U.S. citizenship, has a unique personal and professional commitment to helping individuals with exceptional abilities obtain permanent residency.

Your Guide To National Interest Waiver Petitions is a concise yet comprehensive guide written to help prospective NIW petitioners understand whether they are eligible, the process of applying for a NIW, how long that process takes, the evidence that the USCIS requires, and how much petitioners should expect to pay.

Those who file a NIW petition are effectively requesting that the labor certification requirement – which is ordinarily mandatory when seeking employment-based permanent residence – be waived because it is in the national interest of the U.S.  This labor certification process not only requires sponsorship from a U.S. employer, but it also can be long and cumbersome.  Accordingly, one of the major benefits of an NIW is that it can effectively avoid any of those labor certification headaches.

Eligibility criteria are discussed in depth in the ebook, but, in brief, individuals with exceptional ability who can demonstrate that their employment in the U.S. would benefit the country are most likely to be approved.

For more detailed information on NIW petitions, you can access Your Guide To National Interest Waiver Petitions here.

Importantly, if you feel that you may meet these requirements and would be interested in initiating the NIW process, Mr. Arkell and Dunn Law Firm would be happy to discuss a FREE consultation to start you on the path to permanent U.S. residence.

USCIS adjudicators have recently received more latitude to deny immigration applications, petitions and requests.  Last month, a USCIS policy memorandum (PM-601-0163) became effective that affords the USCIS the ability to deny an application without first issuing a Request for Evidence or Notice of Intent to Deny if the application lacks a certain degree of requisite evidence.  This increase in discretion potentially could have an impact upon a number of routes to permanent residence, including National Interest Waivers.

By way of background, prior to this policy memorandum, if a foreign national filed a petition that was devoid of certain information, the USCIS nearly always would issue either a Request for Evidence (“RFE”) or a Notice of Intent to Deny (“NOID”) with the purpose of putting the foreign national on notice that the petition was deficient in certain areas and giving him or her a chance to rectify its shortcomings.  Previously, the adjudicators had been instructed by the USCIS to issue RFEs or NOIDs upon receiving an incomplete petition unless the petition had “no possibility” of being enhanced with additional information.  Outright denials, therefore, were extremely rare.

Now however, since the effective date of this memo, adjudicators have the ability to deny a case – including a National Interest Waiver petition – without the issuance of an RFE or NOID if it lacks enough supporting evidence to establish eligibility.  In other words, if an individual deficiently files a petition, the USCIS is under no obligation to give that individual notice that the petition is incomplete, or a chance to address the deficiencies and fill in the gaps.  In fact, the memo seems to actually encourage adjudicators to be more aggressive with denying cases outright.

This change puts significantly more pressure on a foreign national seeking permanent U.S. residence to ensure that his or her application is not only complete, but compelling.  No longer will an individual likely get a chance to amend a sloppily-filed petition – it will need to be done right the first time.

The process of preparing and organizing an NIW petition can be document-intensive and involves numerous moving parts that can be extremely difficult to manage if attempting to file alone.  Particularly, the tasks necessary for an effective NIW application include obtaining properly written and persuasive recommendation letters, preparing the documentation and forms that accompany the petition, drafting a convincing petition letter illustrating that the petitioner’s work is in the national interest, and properly filing the documentation and forms.

This understandably can be a daunting task without the proper guidance.  Moreover, with the advent of this policy adjustment by the USCIS, there likely now is much more at stake.

To take it a step further, as noted in our previous blog post, should the petitioner receive an outright denial for perhaps a NIW or Adjustment of Status petition, and have no underlying immigration status, he or she could possibly be subject to the issuance of a Notice to Appear and subsequent deportation.

The potential impact of this policy memorandum once again magnifies the importance of securing the help of a responsive and experienced legal immigration team to maneuver through the potential pitfalls that can befall those trying to obtain permanent residence in the United States.

Thomas J. Arkell and his immigration team at Dunn Law Firm have successfully navigated the complexities of thousands of immigration filings.  Why leave anything to chance?  Let Dunn Law Firm ease your concerns and guide you on the road to green card success.

Recently, the U.S. government implemented a USCIS Policy Memorandum (PM-602-0050.1) that has increased the number of scenarios in which Notices to Appear will be issued.

Generally speaking, a Notice to Appear (“NTA”) is typically the first step in the removal or deportation process.  More specifically, an NTA is a document that requires the recipient to appear before a judge in Immigration Court and effectively notifies the recipient that removal proceedings have begun against him or her.

In pertinent part, the policy memorandum reads that “USCIS will issue an NTA where, upon issuance of an unfavorable decision on an application, petition, or benefit request, the alien is not lawfully present in the United States.”  The USCIS began implementing this policy on October 1, 2018.

The practical application of this memo is that if the USCIS denies, for example, an I-485 Adjustment of Status (“AOS”) petition and the individual has no other underlying status, then an NTA will be issued to that individual.

DOES THIS EFFECT EMPLOYMENT-BASED CASES?

The short answer is, not yet.

In the memo, the USCIS notes that the issuance of NTAs after an unfavorable decision on an application, petition or benefit request “will not be implemented with respect to employment-based petitions…at this time.”

Accordingly, while this policy will not currently affect employment-based cases, there appears to be an indication that it could be extended to such cases at some point.

WHAT ABOUT NATIONAL INTEREST WAIVERS?

Because National Interest Waivers (“NIWs”) are employment-based, NIW petitions too – at least for the time being – are not affected by this policy memorandum.  However, as discussed above, it seems that this could be a distinct possibility sometime in the not so distant future.

Should this memo eventually be implemented to apply to employment-based cases, it could then have a direct and material effect upon those applying for an NIW petition.  As an example, should a foreign national who has no other underlying status apply for an NIW and AOS and have either of those petitions denied, he or she would be issued an NTA, which could effectively spell the end to his or her time in the United States.

As a result, it is highly recommended that potential NIW and/or AOS petitioners – regardless of whether they are filing now or in the future – hire a competent experienced legal team to greatly increase their chance of success, and thereby decrease the risk of denial and deportation.  Attempting to apply for any of these petitions by oneself or without the guidance of a firm with a proven track record leaves a great deal to chance.

Thomas J. Arkell and his immigration team at Dunn Law Firm have helped thousands of international students, scholars, physicians, researchers and professionals become permanent residents of the United States.  Mr. Arkell’s team has had a tremendous amount of success with both NIW and AOS petitions and would be happy to help you expedite your path to permanent residence in the U.S.